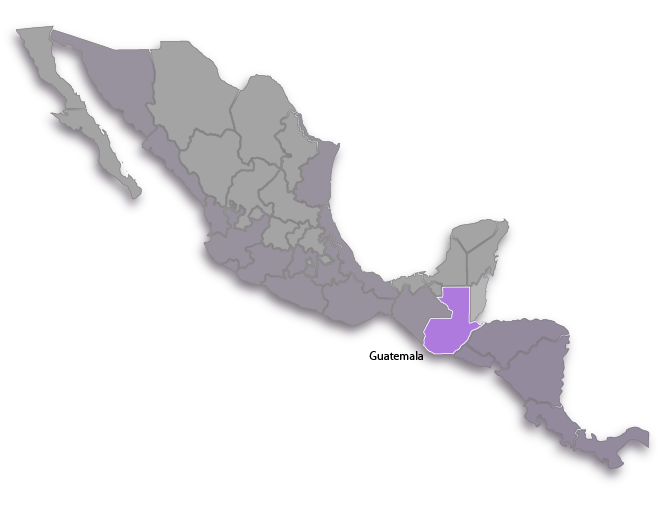 An epiphytic herb growing to 50 cm. in height.  Roots: No description given.  Stems:  No description given.  Leaves: oblong with acute tips.  Inflorescence: the plants are generally unifloral and will produce only one fully-developed flower on a 50 cm peduncle, but in the rare event that the plant manages to produce more than one flower bud, the more basal bud will generally spontaneously abort.  Flowers: flowers are purple with white and dark-purple spots; dorsal sepal is elliptic-lanceolate, acuminate; lateral sepals are obliquely lanceolate, acuminate; and petals are obliquely lanceolate-elliptic, acuminate.  The lip base is truncate and sub-sagittate in outline with a rounded apex.  The disc of the lip has five parallel keels, two of which are covered completely by the apressed column while the other three extend past the column.  The central keel is the longest and it almost reaches the lip apex.   The column is oblong-oblanceolate with two conspicuous notches or teeth at the apex.

Known only from the type specimen collected on Mt. Sacranix near the city of Coban in the Department of Alta Verapaz, Guatemala.

Since this taxon is known only from the type specimen there is insufficient data to determine rarity or populations.

The description indicates that it was collected in primary forest on an oak tree at 1,600 meters above sea level.  At the stated locality this would be the transitional boundary between humid broadleaf forest and cloud forest.   This taxon seems to have a predilection for very humid, wet forests.

According to the authors of this species, Archila and Chiron, the plant can be distinguished from the closely related Barkeria spectabilis by its larger, more purplish flowers; the lip shape (sub-sagittate vs. ovate to oblong); and the five keels on the lip versus just three in B. spectabilis.

However, in our opinion, this taxon is just an aberrant form of B. spectabilis.  Accordingly, it should be reduced in rank and subsumed as a heterotypic synonym of the latter.  The differences in coloration and size of the flowers are variable features.  As such, they should not be considered innate characteristics used to determine the limits of a new taxon.  We are particularly troubled by the fact that there is no mention of any kind in the description of the general characteristics of the flowers observed in the population at the type locality, yet a single plant is seemingly being selected and proposed as a new species.  Furthermore, the “difference” in lip shape is a meaningless feature since the outline of flower lips in B. spectabilis is extremely variable in terms of both shape and color.  The only feature of B. archilarum that would perhaps be worthy of consideration as a novelty when compared to B. spectabilis would be the number of keels on the lip.  Unfortunately, the botanical drawing provided in the description does not provide sufficient detail of this taxonomic feature to allow scientific interpretation, while the photograph of the flower only shows the three longest keels that extend out from underneath the column.  Even if this floral characteristic was heritable, stable and widespread in the local population, none of which can be assumed from the scant and deficient information provided in the description, it would not be enough, in our estimation, to warrant describing this population of Guatemalan plants (or is it just a singular plant?) as a new species.  We would propose renaming the plants referent to this taxon as B. spectabilis var. quinquecarinae, in reference to the five supposed keels on the lip, if subsequent investigations reveal that all of the Barkeria plants at the locality do, in fact, share this trait.  But at this time we do not think that this taxon deserves the rank of species.

The type specimen was collected in May at the type locality, so its bloom time is probably similar to that of B. spectabilis.

To our knowledge, this taxon has never been used in any crosses.